Enjoy A Sojourn Agra Holiday At The Best Hotels In Agra 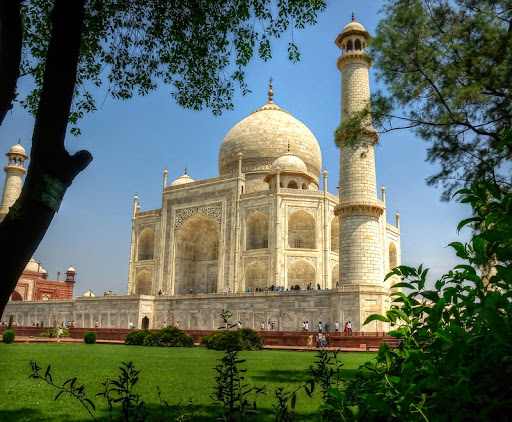 Agra, a magnificent city that is most popular for housing Taj Mahal and the multitude of amazing palaces, forts, mosques, residencies, and other ancient structures that are evenly sprinkled in all over the city, is one of the most popular destinations in the nation. An ancient city that still lives and breathes in its old world ambiance, Agra is one fine exhibit of Mughal history, might, and glory. It is a magical city that draws visitors from all across the nation and the world with its unparalleled culture, beauty, and heritage. Its charm is something that is completely irresistible. Replete of number of tourism attraction, it is every bit as good as one has heard. However, the downside of the city comes in the forms of traffic, pollution, unofficial tour guides, and the hordes of rickshaws.
Tourism is one big facet of the city and there are many whose livelihood depend on it. It is one good weekend getaway from Delhi and is well-connected to all major cities in the nation. For a sightseers the city houses a plethora of rewarding opportunities. Agra is home to three World Heritage Sites, namely the beautiful Taj Mahal and the grand Agra Fort and the Fatehpur Sikri. These three are the most prevailing attractions of the city. The Taj Mahal, needs no introduction. One among the Seven Wonders of the World, the Taj Mahal is one fine exhibit of architecture, artistry, and imagination. The Agra Fort on the other hand resembles the Red Fort in Delhi. It is a grand fort and is better preserved than the Red Fort. It was built of red stone and on the orders of Emperor Akbar as an assertion of his power and might. It is one important point of interest for the historians and the sightseers. The fort gives a magnificent view of the Taj Mahal, and it is here where Emperor Shah Jahan was kept as a prisoner. Likewise, the Fatehpur Sikri was also built on the orders of Emperor Akbar. It is a small city on the outskirts of the Arga and consists of several Mughal structures and monuments.
However, Agra is simply more than these three tourist attractions. In addition to the three world heritage sites, a couple of other must see historic places in the city include: Soami Bagh, Ram Bagh, Mehtab Bagh, Sikandra, Itmad-Ud-Daulah's Tomb, Mariam's Tomb, Chini Ka Roza, Jama Masjid, Mariam's Tomb, and Gurudwara Guru ka Taal. In addition to these, Agra also lets one to relish all the comforts of modern tourism, such as spa, cosmopolitan clubs, multiplexes, food courts, restaurants, and excellent hotels in Agra. Those who are looking for the opportunities to gusto the appetizing cuisines, Agra has a couple of flavours to offer. The Chaat, Panipuri, Berahi, Samosaes, Chachori, petha of Agra, and Jalebies are the must try.
A trip to this city is simply an extravaganza of learning, exploring, fun, and joy. Adding more to these there are the excellent accommodations in the city. The city has no dearth of hotels. One can choose from a wide range of hotels and select the one that best suits his wallet and needs. The Oberoi Amarvilas Agra, Col. Lamba Indian Homestay, Trident Agra, Hotel Crimson Palace Agra, and Hotel Atulyaa Taj etc. are some of the top rated hotels in the city offering content stay to all.
Was this article helpful? Yes -0 No -0107 Posted by: 👨 Dollie M. Barlow